There is no other plant on the planet so totally misunderstood. Perhaps because it hasn’t been properly introduced to people.

So let’s get to know it better.

Cannabis is a plant from which marijuana (a mixture of crushed leaves and cannabis flowers), hashish (dried resin that comes out of the glandular flowers of the flowers and the end of the female stems, mainly cannabis plants); and hash oil or cannabis oil (an oleoresin obtained by the extraction of cannabis or hashish) are produced.

The variety of subspecies of this plant, which was registered by Linneaus in 1753, has in the past created many disputes among botanists about its classification, but today it has been accepted that there is an original species Cannabis sativa L. from which a variety of subspecies such as

have emerged. (There are around 100 subspecies, don’t worry I’ll stop here. Anyway, who needs all these names?) All of them differ mainly in their content of the main active ingredient of cannabis, D9-Tetrahydrocannabinol (THC).

a) Cannabis Sativa, which contains a small amount of THC, and

b) Cannabis Indica containing a bigger amount of THC

are both used for healing and therapeutic purposes.

I will use the terms Cannabis and Cannabis oil in this introductory article referring to all kinds of cannabis and cannabis oil. The differences will be explained in future posts.

But before we talk about the benefits from the use of cannabis products to both health and beauty, some scientific opinions, I think, will be very useful and will open closed minds.

What did scientists say about cannabis?

In 1839, WB O’Shaughnessy, a British physician, professor of medicine, published a paper about analgesic, antispasmodic and muscle relaxant properties of cannabis, expressing his belief that “with cannabis, the medical world has acquired a valuable anticonvulsant drug”.

In 1860, Dr. R. M’Meen, having studied the medical uses of cannabis, announced his findings from the study of medical uses of cannabis in the Canadian Committee of the Ohio Medical Society, saying : “Cannabis is indicated in tetanus, neuralgia, dysmenorrhea, seizures, asthma, rheumatic pain, psychosis, gonorrhea and chronic bronchitis.” Grinspoon, L. (1977). Marihuana Reconsidered, 219-220.

In 1881, Dr. H. Kane found the use of cannabis as a substitute for people who were dependent on alcohol.

In 1889, Dr. E. Birch concluded that cannabis “is effective in dealing with opiate dependence and delirium tremens”.

William Osler, a professor of medicine at Johns Hopkins and Oxford University, in a report on migraine and stress, concluded that “cannabis is obviously the most satisfactory medicine for stressful situations.”

In 1890, Dr. J. Reynolds, the personal physician of Queen Victoria of England, with an article of his, published in the medical journal Lancet, proclaimed the effectiveness of cannabis in migraines, various seizures, depression, asthma and dysmenorrhoea, and concluded, “Having prescribed cannabis for thirty years I am convinced that it is one of the most important medicines we have”. Reynolds, R: “On the Therapeutic Use and Toxic Effects of Cannabis Indica”, 1890 (Lancet, 3.22.1970, 637)

In 1891, Dr. J. Mattisson acknowledged the therapeutic usefulness of cannabis in many physical diseases and mental dysfunctions, and stressed that: “The use of cannabis, combined with its non-toxicity, validates the position it once had in the healing process.” Arnao, G. (1978), Erba Proibita, 128.

They are enough, I hope. I know that scientific language is a bit tiring. I am not a scientist either. But since we are talking about health and not PlayStation games (:-)), I think scientists’ opinions are more important than mine and some references won’t harm anyone.

Cannabis has been used as a medicine by many people over the centuries. Scientists have identified many biologically active ingredients in cannabis (over 400), of which 60 are called cannabinoids. The two best studied components are delta-9-tetrahydrocannabinol chemicals (often referred to as THC) and cannabidiol (CBD).

The world scientific community, after laboratory research, has come to the conclusion that both these cannabis components THC and CBD (also known as Cannabidiol) improve health. When CBD is administered to humans, it interacts with its brain in a different way than THC.

In other words, CBD impacts the brain without a high, and tetrahydrocannabinol, also known as THC, has pain relieving properties. It fights psychosis, depression, inflammation, anxiety. The CBD relaxes, so it is used for epilepsy and childhood autism.

Let’s talk about the health benefits of cannabis

The health benefits of Cannabis Sativa products are numerous. Here are some pathologies, it has a positive impact on:

A recent in-depth review of the medical benefits of cannabis was published in early 2017 and looked at 10,000 studies. (The Health Effects of Cannabis and Cannabinoids. The Current State of Evidence and Recommendations for Research, National Academies of Science, Engineering, and Medicine. 2017).

One of the most interesting and perhaps more important conclusions of the review is that much more research is needed on cannabis.

Things are about to change now that the “witch hunt” is finally over !!

Girls, here we are!

Cannabis oil is used in cosmetics to create a range of products from hair to the whole body, from foam baths to anti-aging creams and after-shave lotions.

In botanical literature, cannabis oil is well-known for its moisturizing and rejuvenating properties and has the higher concentration of essential fatty acids than any other vegetable oil, as well as an optimally balanced content of omega 3 and omega 6 essential fatty acids. (Be patient, I’ll come back with more “Juicy Details ” in a future post.)

But what do essential fatty acids do? I knew you would ask!

Well, essential fatty acids have the potential to penetrate the lipid layers of the skin cells, filling out the oils that are missing due to sun exposure or incomplete nutrition. Also, clinical investigations have shown that they can delay the aging of the skin. With simple words: Radiant skin!

Note that new scientific studies describe wrinkles as very small skin inflammation, which means that plants with anti-inflammatory action, such as cannabis and calendula, are able to significantly reduce their formation. Additionally, it contains vitamin-E, which neutralizes the formation of free radicals while the effect of cannabis is increased when combined with other plants by stimulating the production of collagen.

It is a perfect anti-aging product which helps maintain good skin health.

It can be absorbed by the skin quickly and, unlike other types of oils, is not sticky to the touch and leaves no trace of greasiness to such an extent that it can be used as a base for makeup. It is relaxing, refreshing and nutritious.

It is humectant (helps the skin preserve moisture) but it is not comedogenic (can be used on the skin without causing breakouts) And above all it’s natural!

Look around you girls.

A lot of pioneer cosmetics companies have created beauty products that contain cannabis. In addition to them, one of the largest cosmetics companies in the world, Estée Lauder has recently launched a new face mask that contains cannabis sativa seed oil from hemp. I bet it won’t be the last. Cannabis will be the new Eldorado for the beauty industry worldwide.

Hemp or Cannabis, Sativa or Indica, all terms describe a magical plant stigmatized in the past for reasons we all suspect. A plant that waits for us to explore it, to understand it, to realize its capabilities.

Research on the potential health and beauty benefits of cannabis is still ongoing. I am sure that new therapeutic uses for this natural remedy will soon be discovered.

Either for health and beauty promotion or for disease prevention, cannabis is part of the everyday lives of millions of people around the world. Will you join us?

CBD For Massage-It’s More Than You Imagine! 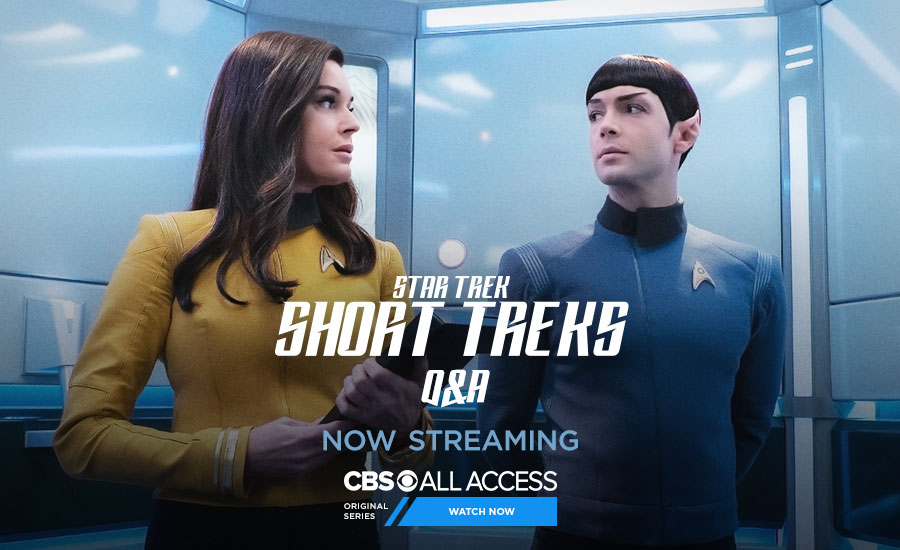 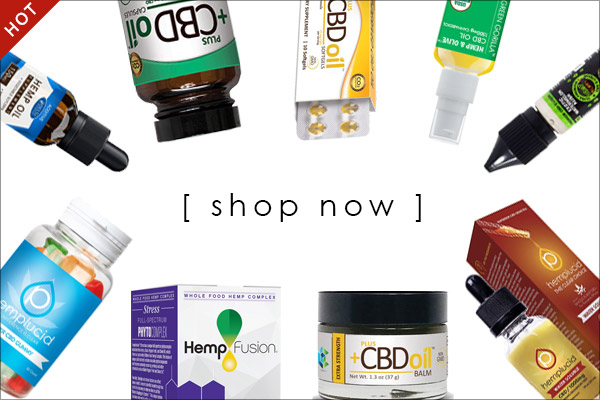 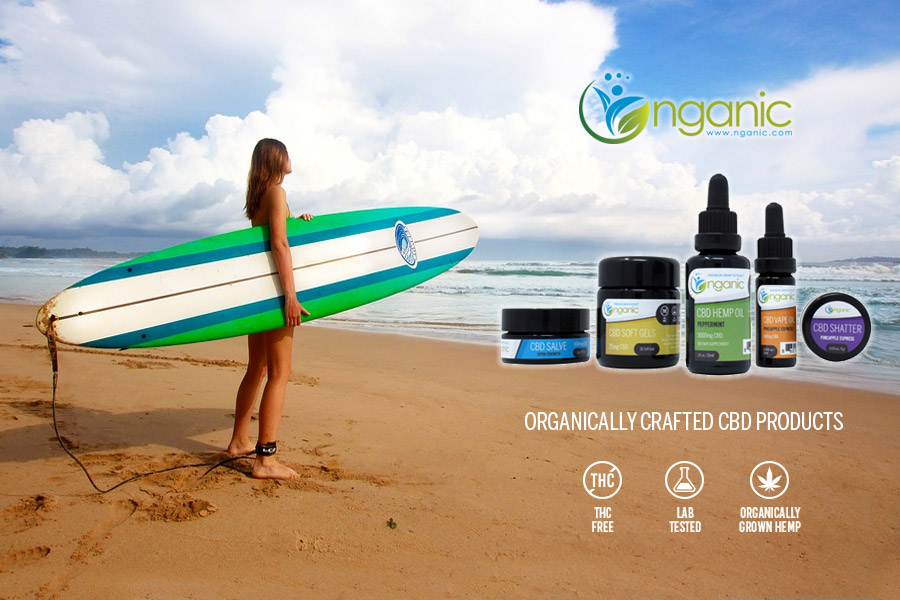